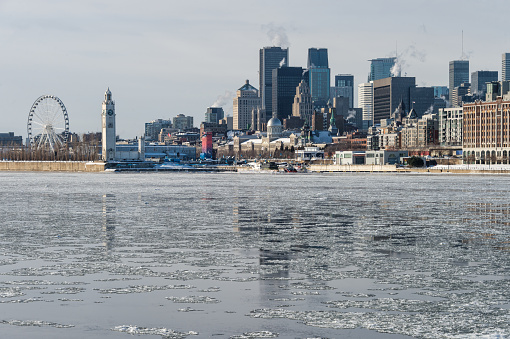 Saint Lawrence, Gulf of, arm of the Atlantic Ocean. It is bounded by Nova Scotia, New Brunswick, and Quebec; in the Gulf are Prince Edward Island, Anticosti Island, the Magdalen Islands, and numerous small islands near its north shore. Chaleur Bay, a west inlet, lies between the Gaspe Peninsula and New Brunswick. The Strait of Belle Isle, Cabot Strait, and the Strait of Canso lead to the Atlantic. The Gulf is subject to frequent fog and is closed to navigation by ice from early December to mid-April. It was visited by explorers before the 16th cent., and it has important fishing grounds, especially for cod. Very popular with cruises in the summer and around the fall, to see the foliage in both Canada and New England.