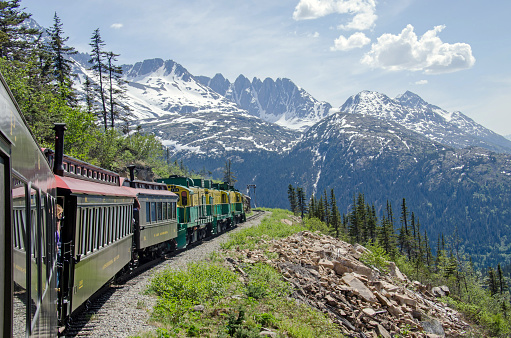 As the worldÃ¢??s second largest country in sheer size, CanadaÃ¢??s unique majesty is something that smaller countries cannot touch. With Canada tours you can select from a number of bus and train tours, as well as packages that comabin Canada with an Alaska cruise.

Canada is a land of endless sky and a vast frontier, disturbed only by the steep rise of alpine slopes and cozy mountain hotels. In Canada, polar bears frolic on vast glaciers and grizzly bears wade in clear streams. White water rafting is a thrill for many visitors, while others enjoy the laid-back harmony of a scenic drive along the craggy shores of the Atlantic Canada provinces.

Canada is known for its natural habitats, and not just ones for the moose, whales and caribou. In places like Banff, humans enjoy getting back to basics by exploring the open country, cowboy-style on horseback, sometimes spotting herds of buffalo. Other flocks of people enjoy nesting in cosmopolitan cities like the French-influenced Montreal and Quebec City, the British-influenced Victoria and international cities like Calgary, Ottawa, Vancouver and Toronto.

Whether you enjoy hitting the trails, hitting the links, or hitting the town, youÃ¢??ll definitely be in your element when you hit the road to Canada.